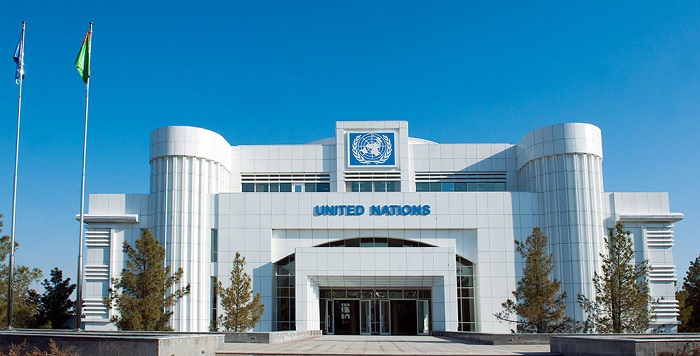 The implementation of the Plan for Preparedness for Counteraction and Response of Turkmenistan to Acute Infectious Disease was discussed at an online meeting held with the UN representatives.

According to the State News Agency of Turkmenistan, the videoconference was attended by representatives of the Mejlis, the Ministry of Foreign Affairs, healthcare, finance, legal and social protection of the population, education, agriculture and environmental protection, migration and customs services, transport departments, as well as the media, the Union of Industrialists and entrepreneurs, public organizations of Turkmenistan.

The UN was represented by the heads and specialists accredited in the country of various agencies of this largest international organization. Among them are the United Nations Development Program, UNICEF, WHO, the United Nations Population and Development Fund, the Regional Center for Preventive Diplomacy for Central Asia.

In her welcoming speech, UN Resident Coordinator in Turkmenistan Elena Panova emphasized that the discussed national plan meets uniform international standards and was approved at the highest level by President Gurbanguly Berdimuhamedov.

At today’s meeting, support from UN agencies and partners in the field of preparedness for counteraction and response of Turkmenistan to an acute infectious disease, joint activities planned for the near future were considered. The second seminar for journalists on communications in emergency situations is one of them.