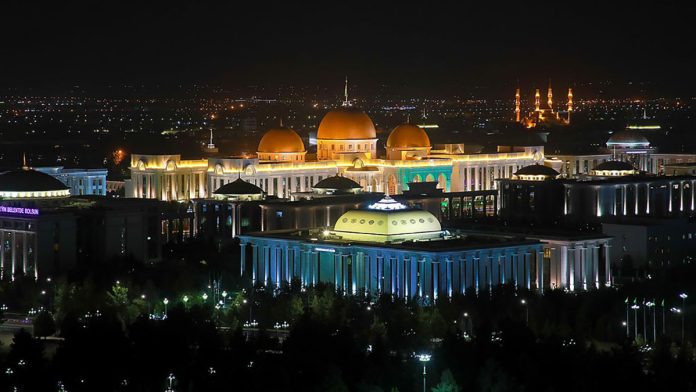 An online summit was held on the occasion of the 30th anniversary of the establishment of diplomatic relations between the countries of Central Asia and China, convened at the initiative of the President of the People’s Republic of China Xi Jinping.

At the beginning of the event, a video was shown highlighting the key moments of friendship and the main achievements of cooperation between China and the Central Asian states over the past 30 years.

Then, President of the People’s Republic of China Xi Jinping made a speech and praised China’s strategic partnership with the countries of this region in all areas of effective interaction.

In his speech, the Head of Turkmenistan, emphasizing the centuries-old connection of the countries and peoples of this region with China, noted that the very fact of holding today’s summit testifies to the importance attached to relations between the countries of Central Asia and the People’s Republic of China, understanding the importance of steadily strengthening our friendship and cooperation.

The Great Silk Road, which passed through the territory of Central Asia from China, became a factor in the development and progress of the entire world civilization, where a huge and unique experience of interaction, good neighborliness, exchange of knowledge, achievements in science and culture was accumulated, the Leader of the Nation added.

As it was specifically stated during the meeting, today the cooperation of our countries has a noticeable constructive impact on ensuring global peace and stability. In this context, President Gurbanguly Berdimuhamedov emphasized that Turkmenistan considers the People’s Republic of China and the countries of Central Asia as its key partners and like-minded people in the effective implementation of the new philosophy in international practice – “Dialogue is a guarantee of peace”.

The importance of the combined potential, powerful resource, industrial, technological base of the countries, which open up huge prospects for cooperation in the economy, where one of its priorities is the fuel and energy sector, was especially noted.

President Gurbanguly Berdimuhamedov put forward the strategic gas pipeline Turkmenistan-China, passing through the territory of Kazakhstan and Uzbekistan, as an example of truly partnership relations based on equality, awareness of multilateral benefits.

The presence of objective mutual interests of the parties in the development of cooperation in the transport sector was also emphasized. It was noted that the project “Revival of the Great Silk Road” put forward by the Turkmen side, in its philosophy and geo-economic meaning, is associated with the Chinese global initiative “One Belt – One Road”.

The importance of strengthening cooperation in the humanitarian sphere, education, sports, enhancing the state of scientific and cultural ties also became a separate topic of discussion during the summit.

The parties, among other things, paid special attention to consolidating joint efforts aimed at combating the spread of the pandemic and its socio-economic consequences. An idea was put forward to create a mechanism for regular meetings between representatives of the scientific and medical communities, epidemiological and sanitary services, and other relevant departments of countries of this format.

Congratulating the leadership of the People’s Republic of China and the entire Chinese people on the upcoming Olympics, the Head of the Turkmen State said that the Winter Olympic Games would become a real celebration of sports, peace and friendship for millions of people around the world.

After the closing speech of the President of the People’s Republic of China Xi Jinping, the Heads of State adopted a Joint Statement on the results of the online summit.