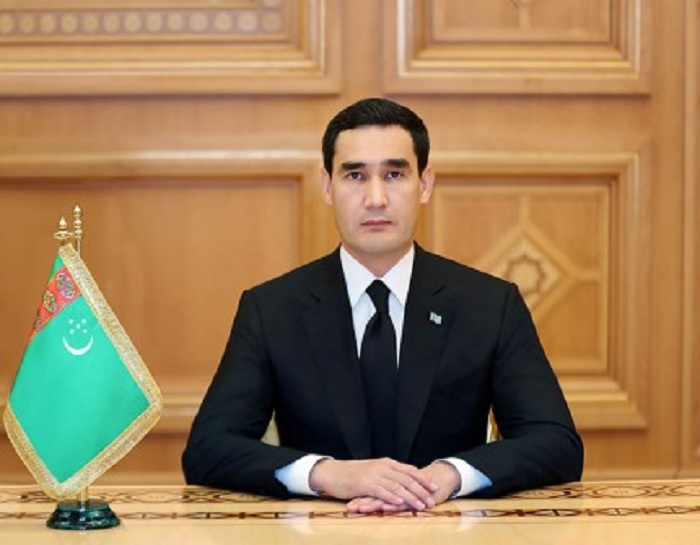 On September 7, 2022, President Serdar Berdimuhamedov received Li Hui, Special Representative of the Government of the People’s Republic of China for Eurasian Affairs.

Expressing gratitude for the time given for a personal meeting and hospitality, the guest conveyed warm greetings to the head of Turkmenistan on behalf of the President of the People’s Republic of China Xi Jinping and Premier of the State Council Li Keqiang.

Thanking for the kind words, the head of state conveyed his best wishes to the top leadership of the friendly country, emphasizing that the steady development and strengthening of relations with China, which are now acquiring new meaning and content, are one of the priorities of the foreign policy doctrine of Turkmenistan.

Turning to the topic of bilateral cooperation, the head of state highlighted the fact that China was the first country in the world with which Turkmenistan established diplomatic relations. As noted, over the past 30 years, the Turkmen-Chinese partnership, which is of a strategic nature, has been actively developed for the benefit of friendly peoples on the basis of equality, respect and trust.

During the meeting, which was held in a warm, friendly atmosphere, the head of state and his guest highly appreciated the prospects for the development of a multifaceted interstate dialogue in the entire range of areas, and expressed confidence that the Turkmen-Chinese relations, whose history goes back thousands of years, in times of the Great Silk Road, a great future awaits.

Noting that President of the People’s Republic of China Xi Jinping fondly recalls meetings with Chairman of the Halk Maslakhaty of the Milli Gengesh Gurbanguly Berdimuhamedov, Li Hui informed President Serdar Berdimuhamedov that the Chinese leader sent warm words of greeting and best wishes to Arkadag.

At the end of the meeting, the head of the Turkmen state and the Special Representative of the Government of the PRC for Eurasian Affairs exchanged mutual good wishes, expressing confidence in the steady strengthening of the traditional ties of friendship, mutual understanding and trusting partnership between Turkmenistan and China and their fraternal peoples.

The meeting was attended by Ambassador Extraordinary and Plenipotentiary of the People’s Republic of China to Turkmenistan Qian Naicheng.