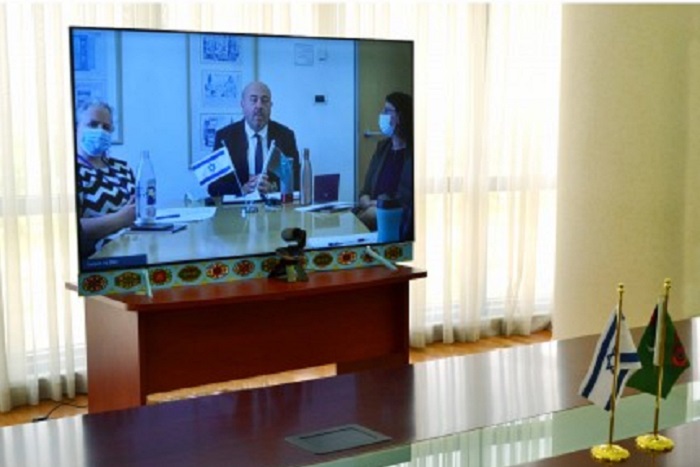 A meeting through videoconferencing was held between the Deputy Minister of Foreign Affairs of Turkmenistan Berdiniyaz Myatiyev and the Deputy Director General of the MFA of Israel, Head of Eurasia and the Western Balkans Division Gary Koren.

During the talk, the parties discussed the current cooperation and prospects of collaboration between Turkmenistan and the State of Israel in political-diplomatic, trade-economic and cultural-humanitarian spheres.

Special emphasis at the meeting was made on the issue of creating a cooperation mechanism between the countries of Central Asia and the State of Israel in “C5+1” format. The parties exchanged views on the given matter and presented their vision of the potential vectors of collaboration in such a format.

The diplomats also discussed the opportunities of expanding the scientific and educational contacts, as well as the cooperation in the field of medicine and healthcare.

The parties noted the significance of holding regular political consultations on the level of deputy ministers and meetings ont the level of experts of profile agencies of the two countries for further development of bilateral relations on all vectors posing mutual interest.

Ambassador of Turkmenistan presented his credentials

Ambassador of Turkmenistan presented his credentials