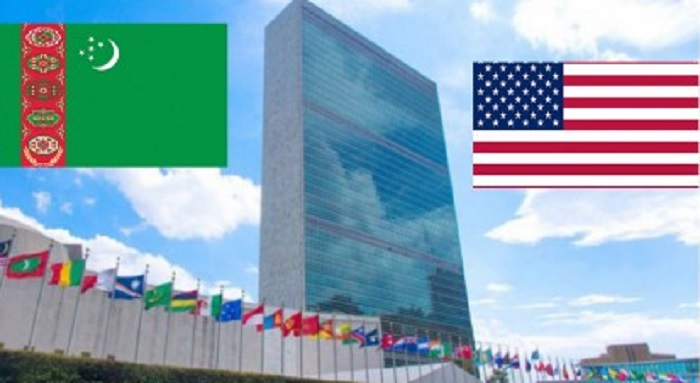 During the meeting, a constructive exchange of views took place on the issues of the upcoming 77th session of the UN General Assembly such as priority areas of the two countries in the UN and UN reforms.

Ambassador of Turkmenistan, at the beginning of the meeting, thanked the United States for supporting the UN General Assembly resolution “Zone of Peace, Trust and Cooperation of Central Asia”, especially noting the positive statement delivered by the US representative following the adoption of the resolution.

A.Ataeva talked in detail about Turkmenistan’s priority positions at the 77th session of the UN General Assembly, outlining initiatives in the field of peace and security, sustainable development, women parliamentarians, preventive diplomacy and transport.

Issues of Turkmen-German cooperation have been discussed