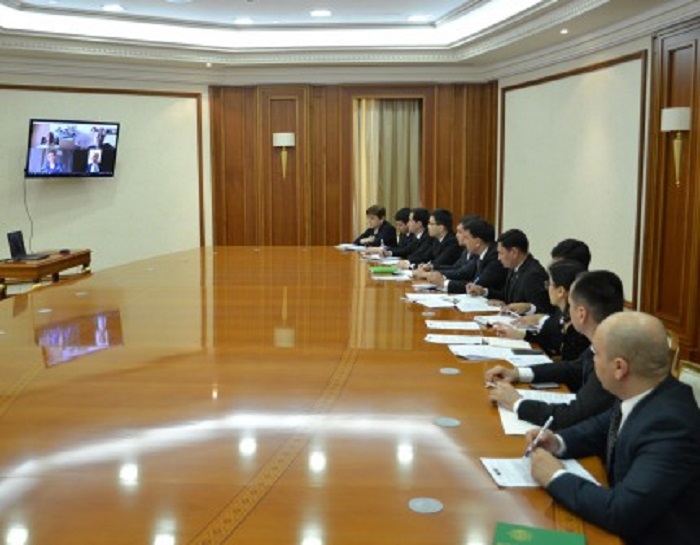 A meeting was held in the form of a video conference in the building of the Ministry of Finance and Economy of Turkmenistan to discuss the EU – Central Asia Rule of Law Platform.

From the Turkmen side, the meeting was attended by representatives of several ministries and departments, including the Ministry of Foreign Affairs, Internal Affairs, Finance and Economy of Turkmenistan. Representatives of the European Union in Turkmenistan and specialists from the “Transparency and Action against economic crimes in Central Asia” project team represented the European side.

The purpose of the meeting was to familiarize Turkmen partners with the regional program EU-Central Asia Rule of Law Platform, as well as its main component called “Promoting Transparency and Action against economic crimes in Central Asia.”

It is worth noting that spheres such as the fighting against money laundering and terrorist financing, corporate governance and compliance with business standards are important components of joint projects. The meeting participants exchanged views on the prospects for the implementation of the project, its goals and objectives, and also got acquainted with the action plan.

Cooperation with the World Trade Organization (WTO) is Intensifying