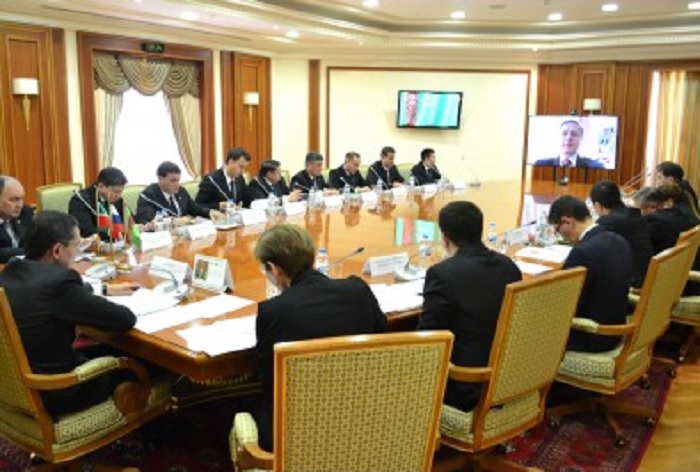 On January 27, 2022, the seventh meeting of the Joint Turkmen-Tatarstan working group on trade-economic, scientific-technical and cultural cooperation was held via videoconference. The members of the Turkmen and Tatarstan sides of the Working Group, as well as representatives of relevant ministries and departments attended the meeting.The co-chairs are from the Turkmen side – the Minister of Finance and Economy of Turkmenistan M. Serdarov, from the Tatarstan side – the Deputy Prime Minister, Minister of Industry and Trade of the Republic of Tatarstan of the Russian Federation A. Karimov.

The agenda of the meeting included a wide range of issues related to priority areas for the further development of bilateral partnership between Turkmenistan and the Republic of Tatarstan of the Russian Federation. The parties discussed the implementation of the agreements reached following the previous meetings of the Working Group and noted significant progress in the development of bilateral relations.During the meeting, the participants noted the huge potential for expanding trade-economic cooperation and the need to strengthen partnership ties. In this context, the parties stressed the importance of intensifying trade and economic relations by increasing foreign trade turnover, creating favorable conditions for the interaction of economic entities, as well as joint implementation of mutually beneficial projects.The positive experience of long-term effective partnership in the oil and gas sector, in the field of industry and the huge potential for its expansion were also noted. At the same time, the parties stressed their readiness to continue work to strengthen close contacts between Turkmen and Tatarstan enterprises and companies in various sectors of the oil and gas and industrial sectors.In addition, a number of issues of close cooperation between the parties in the field of communications and information technologies, agriculture and environmental protection, science and education, culture, sports and youth policy were considered.Following the results of the meeting of the Joint Turkmen-Tatarstan working group on trade-economic, scientific-technical and cultural cooperation, the final protocol was signed.

Meeting with Ambassador of China