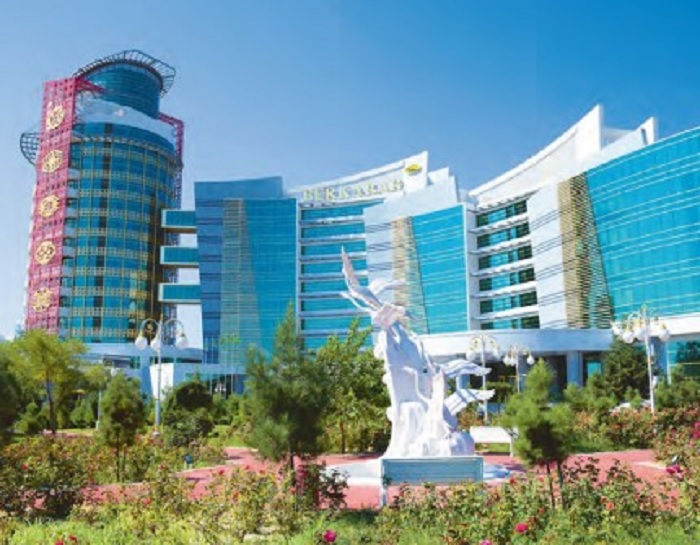 On August 17, 2022, a briefing was held at the Berkarar Hotel of the Avaza National Tourist Zone on the results of the International Ministerial Transport Conference of Landlocked Developing Countries and events dedicated to it. The Ashgabat Process: Financing for Better Connectivity Forum was organized by the Government of Turkmenistan under the auspices of the United Nations.

It was emphasized that all meetings of the Conference were broadcast live on the United Nations web television channel in its four official languages ​​- English, French, Spanish and Russian.

At the same time, the importance of new initiatives voiced by President Serdar Berdimuhamedov, who addressed the forum participants with a video message, was especially noted, in which Turkmenistan’s readiness to intensify and expand its participation in the global transport dialogue was confirmed.

Expressing confidence that the decisions and proposals adopted at the current forum will form the basis for the preparation of the Third UN Conference on Landlocked Developing Countries, scheduled for 2024, in his video message, President Serdar Berdimuhamedov said that together with partners and like-minded people, Turkmenistan will resolutely move towards the achievement of the set goals.

The results of the forum were consolidated in the Final Statement, which highlights the importance of strengthening transport connectivity for the sustainable recovery of landlocked countries from the COVID-19 pandemic, accelerating the implementation of the Vienna Program of Action and achieving the SDGs.

It was noted that relevant work is currently underway to formalize the Final Statement adopted in Avaza as an official document of the 77th session of the UN General Assembly, which will open on September 13 this year.

Thus, it was stated that the International Ministerial Transport Conference of Landlocked Developing Countries held with the support of the President of Turkmenistan in the Avaza National Tourist Zone, has become an effective contribution to strengthening and building up constructive regional and global cooperation in the field of sustainable transport in the name of world peace, prosperity and progress.

Pilot project of the Global Transit Document launched in Turkmenistan