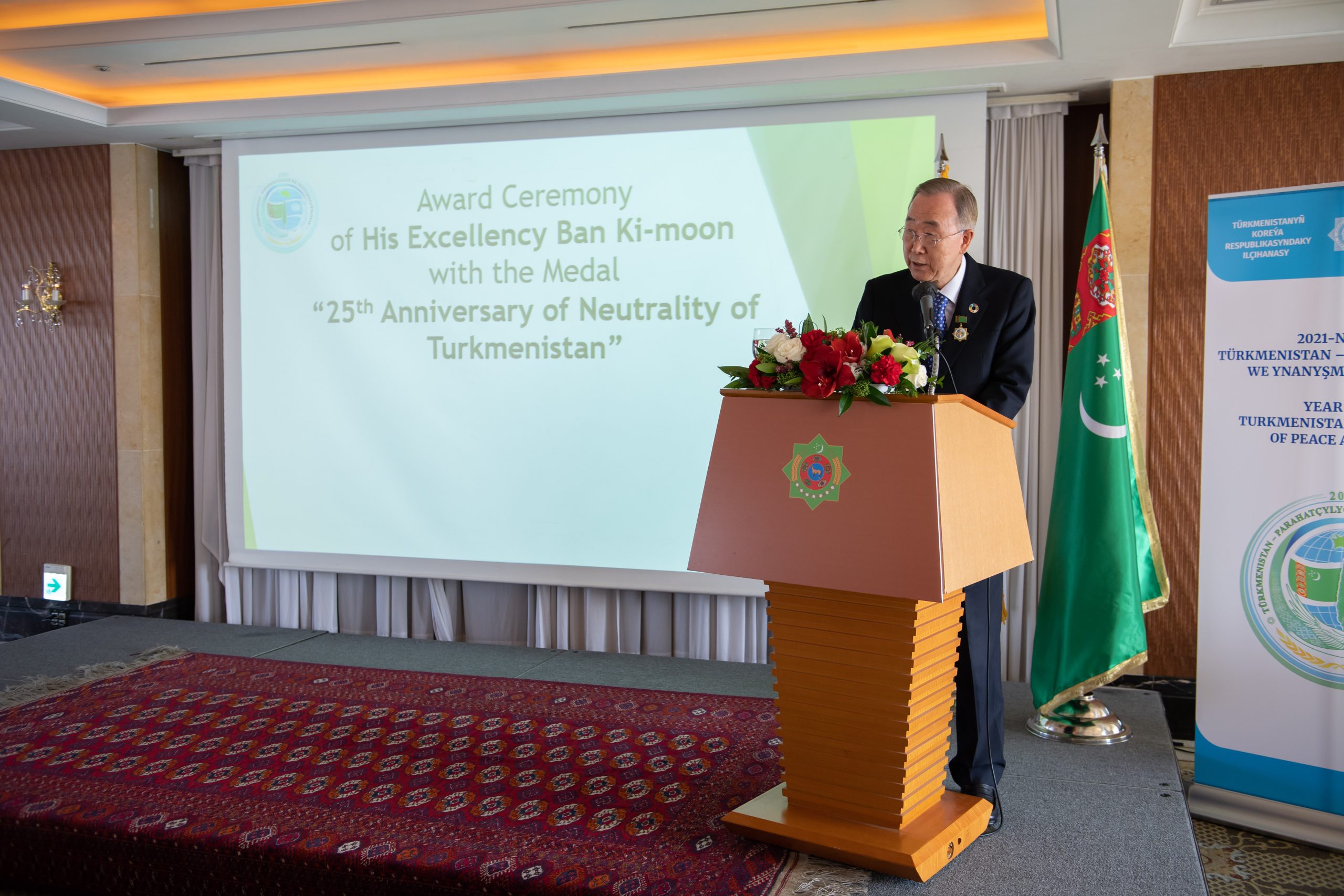 The event was attended by the Ambassadors of the neighboring states and countries-members of the Economic Cooperation Organization, as well as the representatives of international organizations.

The head of the Global Green Growth Institute Mr. Ban Ki-moon and the Deputy Minister of Foreign Affairs of the Republic of Korea Hyoeun Jenny Kim participated to the event from Korean side as the Guests of Honor.